After graduating from University College Dublin I travelled for a number of years, living for extended periods in Catalunya, Kuwait, New York City. Between 1983-88 I lived in NYC. New York had a certain edge at that time, before the zero tolerance of the early nineties, and the forced movement of homeless folk beyond the margins of the city.  I was a regular reader at Life Cafe, ABC NO RIO, and latterly Sin E Cafe, which I returned to in 1990 for the New York launch of my book On Route To Leameneh.
I chose to return to Dublin towards the end of 1987 (mid economic downturn), and worked for Temple Bar Galleries. Paddy Graham, who had a studio there at the time, had a profound impact. Paddy went on to illustrate my book of poems On Route To Leameneh.
Painting, which had long been a part of my creative practice, came to the fore during this period and I completed large figurative, expressionist works in my studio on Upper Gardiner Street. In 1988 I moved West to run a felt workshop in Ballyvaughan, Clare. I ended up staying, and have lived in a variety of locations in North Clare ever since. Four years ago my partner and I built a house in the Oughtmama Valley  over-looking Corcomroe Abbey.
Over the past thirty years I have published six books of poems, two novels, with a couple of new ones in the offing. I have also had a number of solo exhibitions and completed film projects. Awards and Bursaries have come from The Arts Council of Ireland, The Irish Film Board, Clare County Arts Office.
Work wise I direct the Creative Writing Programme at the Burren College of Art, and I run Workshops in Creative Writing from my studio in Oughtmama. 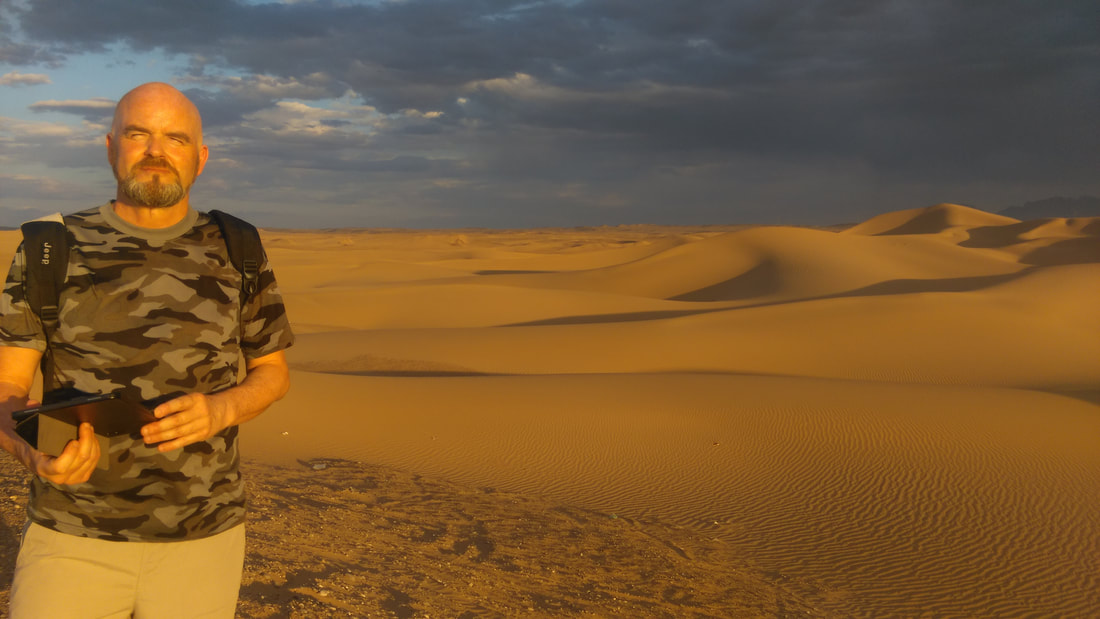