"This is a disturbing book, exploring female sexuality and the relations between the sexes. It is a picture which may make some readers uncomfortable but it one compellingly and poetically described by a powerful imagination." Carol Coulter/The Irish Times/Book of the Week.


"Indubitably a powerful document, an ambitious and courageous one, and it explores male and especially female sexuality in a manner which is frank, unfettered, and totally without restraint." Vincent Banville/Sunday Press 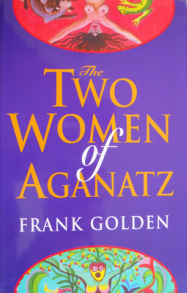 Liano was born to Olan in the spring, seven months after Eighad's disappearance. The rains came early that year and the dormant seeds which had lain in the sand for decades uncurled through the crust of compacted sand and stone, festooning the floor of the desert with flowers. It had been the first spring in years when the rains had been sufficient to goad and bolster such extraordinary growth. Olan found in this exceptional spring a note of encouragement, as though the desert had conjoined with her in celebrating this surge and renewal of life.
The birthing had been simple with the child easing out like a slick seed from its casing. Olan had bitten through the cord with a primitive sense of propriety, crying tears of resilience and self-congratulation. She had no doubts about her ability to cradle, rear and safeguard this infant. It was hers, hers alone, and holding the child aloft she recommended it to the wind and to the flourishing earth. This after all was her zone of desert, her environ of earth and no one would tamper with her possessions. She brought the child over her heart and they lay together on the wool carpet until dawn.
Olan had prepared a room for the newborn long in advance. According to tradition the chamber had been sealed off from the effects of natural light by a series of silk veils of varying densities. These veils approximated the uterine environment in which the child had existed for so long, and each day following the birth saw one of them removed. 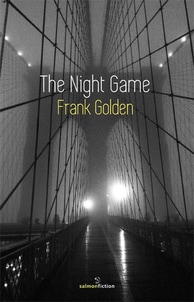 Reviews
"The Night Game is a challenging, transgressive, and gripping read, a chilling portrait of one woman's personal hell." Declan Burke/The Irish Examiner.
"Golden delivers one of those unique stories that will linger in the mind long after his novel is finished." Michael J Carson/Midwest Review, USA.
"If you read The Night Game you certainly won't forget it. Be prepared to be taken on a roller-coaster ride, one that isn't afraid to explore human depravity and human fragility in a very different way. One of my books of 2015." Louise Phillips(Crime Novelist of the year)/Writing.ie
"A story to make the Marquis de Sade twitch in his crypt." Kevin Higgins/The Galway Advertiser.
"The Night Game is suspenseful and shocking, and will have you reading it with one hand over your mouth." Sally Vince/The Clare Herald.
Powered by